August 28, March on Washington – The Revolution IS…

The powerful demonstration of remembrance by Ronald Wise.  Ronald joined  BWMRADIO for the March.  BWMRADIO is Eternally grateful for this creation!

BWMRADIO ON THE MOVE MAKING HISTORY

BWMRADIO thanks Susan Ryder for her coverage of this event and our ability to participate as a small part of moving America and its Black Lives forward.  Every small part of a puzzle creates a fuller picture! 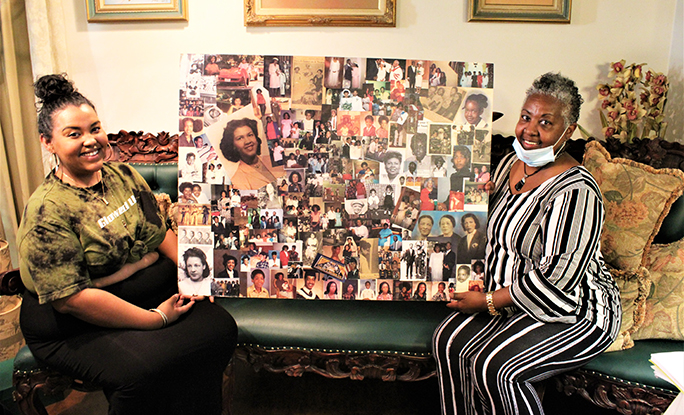 D.C.-Bound: Harrisburg area residents explain why they will “March on Washington”

“I was devastated by George Floyd,” said Karla DeJesus.

Through her livestream radio station BWM (Because We Matter) Radio, she described why she’s hosting an event that will take two buses down to the March on Washington on Aug. 28.

“That was a real impetus,” she said. “When Al Sharpton and Martin Luther King Jr. III, made the call, at that funeral, to commemorate the 1963 march… I knew there was no way I wasn’t going to be there.”

Gathered in the DeJesus home in Susquehanna Township, surrounded by books, art pieces and ornately decorated furniture, five people talked about the march, why they are going, and what they would like to accomplish.

“It was a no brainer to get on the bus to stand up for our lives,” said Nina Butler.

For her, two incidents within a week—the New York woman who called the police on a Black man insisting that he was threatening her life when he asked her to leash her dog and the death of George Floyd—were examples of how different Black lives and white lives are in America.

The group recalled incidents of Black people being harassed by white citizens, dying in police custody, assaults by police. Because of the number, they had trouble remembering the order of incidents as they talked.

“I’m young and I’m Black, and my friends are young and Black, too,” said Dorrell Butler, Nina’s husband, as he shared his thoughts, slightly muffled through his mask, on why it’s an easy choice for him to march. “It’s not just a fear for my life, but also a fear for their lives, too.”

The room was heavy with the collective weight of their realities and the discussion of them. For Doreen Sawyers, the march is about connection. Tissues were passed as Sawyers talked about how George Floyd was a crystalizing moment, when all of her 22 years as a corrections officer, experiences of racism and family history came together, and she saw the reality clearly.

The group concurs that bringing a voice to the problem serves as reason to march—that simply their presence is important.

“I would like to be a representative of the support of this movement,” said José DeJesus.

But talking about the reality has not always been a part of their history. Karla DeJesus and Sawyers said that their ancestors did not share with family members the atrocities that they experienced—as slaves, during Jim Crow and beyond—as a way to protect their children from the pain and sorrow. They knew that their descendants would have plenty of sorrows themselves.

This march and this time in history exemplify a sea change for white America, an occurrence from which everything will transform, according to DeJesus.

Part of this transformation will be created by what those who participate in the march bring home with them.

“I want to bring back the energy of my people being in one collective space,” said Sawyers.

The energy in the room shifted and lifted. It’s evident what Sawyers wants to get from the march. It’s part of her journey to find out more about America’s history beyond the history books, in a more factual way.

“Change, not just change in the world but inner change,” said Nina Butler of what she wants to see accomplished from the march. 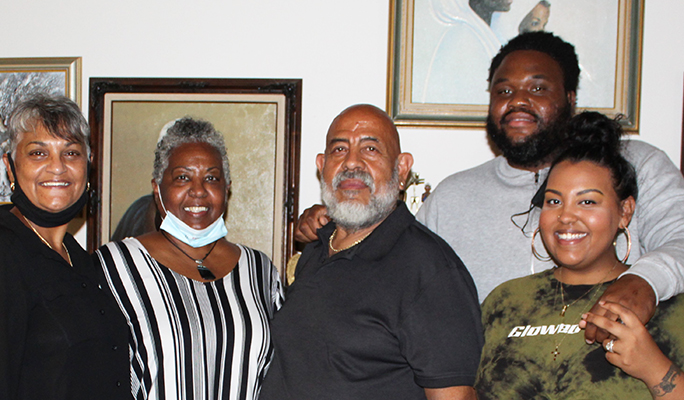 DeJesus is resolute in her desire to make this world a better place for her children and grandchildren—to leave a legacy.

Through BWM Radio, DeJesus “talks to, with, about and for the voiceless,” as well as plays music, and informs Harrisburg about issues and happenings. Leading this trip is also part of this legacy.

“America is not going to understand the depth of what Black America is going through until they see the numbers,” she said.

On Aug. 28, they will board a bus and head to a march where, 57 years ago, Martin Luther King, Jr. gave his emblematic “I Have a Dream” speech.

Less remembered from that day was Rabbi Joachim Prinz, who said, “When I was rabbi of the Jewish community in Berlin under the Hitler regime, I learned many things. The most important thing that I learned in my life and under those tragic circumstances is that bigotry and hatred are not the most urgent problems. The most urgent, the most disgraceful, the most shameful, and the most tragic problem is—silence.”

Karla DeJesus, José DeJesus, Nina Butler, Dorrell Butler and Doreen Sawyers have chosen not be part of that silence.

To participate in the March on Washington with BWM Radio, visit https://www.eventbrite.com/e/bwm-radio-charter-2020-march-on-washington-tickets-109271839012?fbclid=IwAR2x8ID4B_Y2nBbhMwLakNaFnOCdgb_7rO5p2R_e65M_2MrzPkA1smHebgk.
Cost $47
Sponsored, free seats are available. Call 717-580-5499.
COVID-19 Kits Provided.
Masks required on the bus and in Washington, D.C.
Learn more about BWM Radio at bwmradio.com.

BWMRADIO WILL BE AUGUST 28, 2020 IN COMMEMORATION.

JOIN US FOR THE August 28, 2020 commemoration and more.  The movement is continuing and must push forward.  We have sponsored seat for those who cannot afford a ticket.  You can also purchase a ticket. COVID-19 kits and guidelines will be provided.

Paste the above link in your browser for bus tickets.  Covid-19 kits and a light lunch are included in the price of the tickets.

JOIN US FOR THE 2020 MARCH ON WASHINGTON, D.C.  – Purchase your tickets at Eventbrite.  Buses will leave from the Harrisburg East Mall on August 28, 2020.  Parking is provided at LIGHT POLE 32. 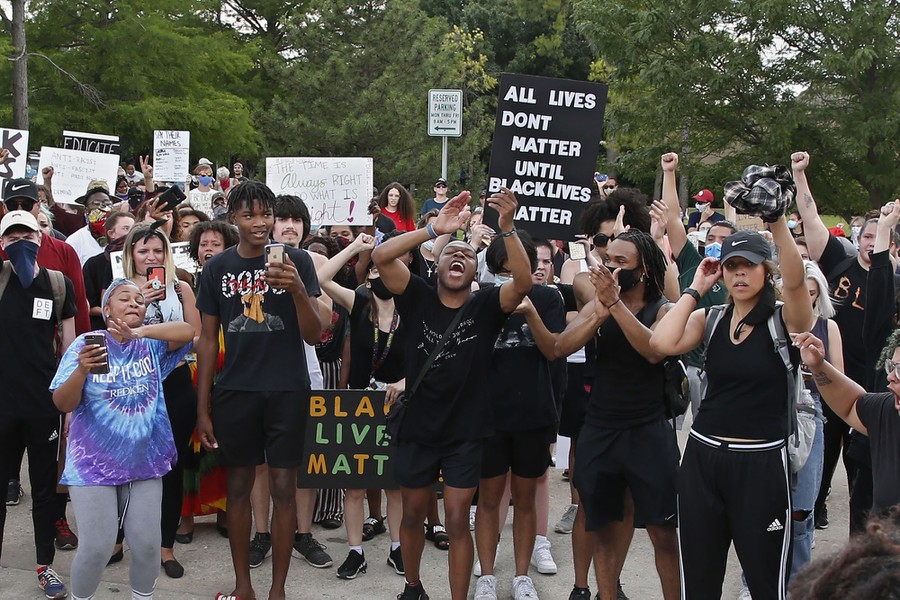 BWMRADIO IS HOSTING A BUS TO THE August 28, 2020 MARCH ON WASHINGTON.

BWMRADIO.COM is hosting one 54 passenger bus for the March on Washington 2020 call to action on August 28, 2020. The March commemorates the 57th year anniversary of the Civil Rights March on Washington and is in continued civil protest of the death of George Floyd, and others, and in support of Black Lives Matter and the change that must occur in this nation.

Much planning is going into the event. Many precautions are being considered for safety. BWMRADIO.COM  CANNOT provide guarantees against COVID-19.  Everyone rides at their own risk.  We will however be providing COVID-19 KITS, which consists of masks, sanitizer and gloves.  We will have 50 seats available.

We have seats that have been sponsored by private partners. Sponsored seats are for those who cannot afford to purchase a ticket.  PLEASE call the station at 717-580-5499 for a sponsored seat.  For those who can afford to purchase a ticket, please go to the following eventbrite link: https://www.eventbrite.com/e/bwm-radio-charter-2020-march-on-washington-tickets-109271839012

Final cost of the trip can be found at Eventbrite and on BWM RADIO (facebook). There will be no overhead or profit made by BWMRADIO.COM. The cost of the trip will cover only incurred cost. BUSES WILL LEAVE FROM THE HARRISBURG EAST MALL at POLE 32.

Cancellations will only be honored IF the whole trip is cancelled due to circumstances beyond the control of the bus company or BWMRADIO.COM. and at this stage both entities are aware that these circumstances will come from Washington DC and the Federal Level governments.

BWMRADIO.COM welcomes those that will join us in this historic and necessary day of our time. We welcome collaborators and riders!

A Contract That Was Never Legally Ratified

Black Americans never signed the contract.  It was forced.  Acceptance of it will never happen.  That is what the state of the turmoil is about today. Black and brown and others do not accept a contract that should not have ever been ratified by White America against its African American citizens.

Today BWMRADIO.COM stands with Black Lives Matter and a change that must come.

It has been a long time coming, but I know. I know—change will come. pic.twitter.com/oBRVbtTruY

As the Nation moves forward, so does BWMRADIO.COM